We presented Crypto Currency (CC) and addressed various concerns regarding this new market area in the inaugural edition of CRYPTO TREND. Every day, there is a lot of NEWS in this industry. Here are a few highlights that demonstrate how fresh and interesting this market is:

The president of the Chicago Mercantile Exchange (CME), Terry Duffy, stated “I believe our [bitcoin futures] contract will be available for listing in the second week of December. Because it is now impossible to short bitcoin, there is only one possible outcome. You may either buy it or sell it to another person. So you make a two-sided market, which I believe is always more efficient.”

Depending on regulatory approval, CME plans to debut Bitcoin futures before the end of the year. If successful, investors will have a credible option for going “long” or “short” on Bitcoin. Bitcoin ETFs that follow bitcoin futures have also been filed for by several dealers of Exchange-Traded Funds.

These advances have the potential to allow anyone to invest in crypto currencies without having to possess them outright or use a CC exchange. Bitcoin futures have the potential to increase the utility of the digital asset by allowing users and intermediaries to manage their foreign-exchange risks. This might help shops who want to accept bitcoin payments but are concerned about its unpredictable value use the cryptocurrency. Institutional investors are also accustomed to trading regulated futures, which are free of concerns about money laundering.

CME’s action also shows that bitcoin has grown too large to ignore, as the exchange previously appeared to rule out crypto futures. Bitcoin is nearly everyone’s topic of conversation at brokerages and trading businesses, which have suffered as markets have risen but remained exceptionally calm. Because scale and liquidity are key in derivatives markets, it would be practically difficult for any other exchange, such as CME, to catch up if futures at one exchange took off.

In an interview with CNBC, Duffy stated, “You can’t deny the fact that this is becoming more and more of a topic that won’t go away.” He claims that “mainstream firms” desire access to bitcoin, and that there is “great pent-up demand” from customers. Duffy also believes that getting institutional traders into the market would help to reduce bitcoin’s volatility.

Crypto money will be used by a Japanese hamlet to collect funds for municipal rejuvenation.

Nishiawakura, a Japanese hamlet, is considering hosting an Initial Coin Offering (ICO) to acquire funds for municipal renewal. This is an innovative strategy, and they may seek help from the national government or private investment. Several initial coin offerings (ICOs) have had major issues, and many investors are skeptical that any new token will have value, especially if the ICO turns out to be another joke or fraud. Bitcoin was no laughing matter. 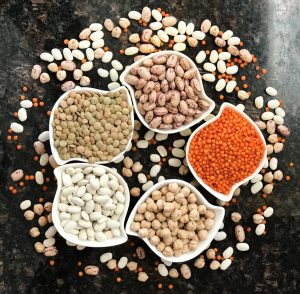 The purpose of the BEAN token is to incentivise the creation and expansion of the Bean token economy, including EOS Cafe locations in the real world for our members to enjoy…

Each participating enterprise in the BEAN token economy chooses how many BEAN tokens it will take to stake, and also what goods and services that they will trade in exchange…

To start up an enterprise a founder must (1) state their value proposition, (2) sign the following contract, and (3) get a minimum of 10,000,000 BEAN tokens staked to their enterprise account for a minimum of 30 days.

Stay up to date with all new announcements, partnerships and developments by joining the EOS Cafe channel.

Cryptocurrency has been around for a long time, and there are several papers and publications on the subject. Cryptocurrencies have...